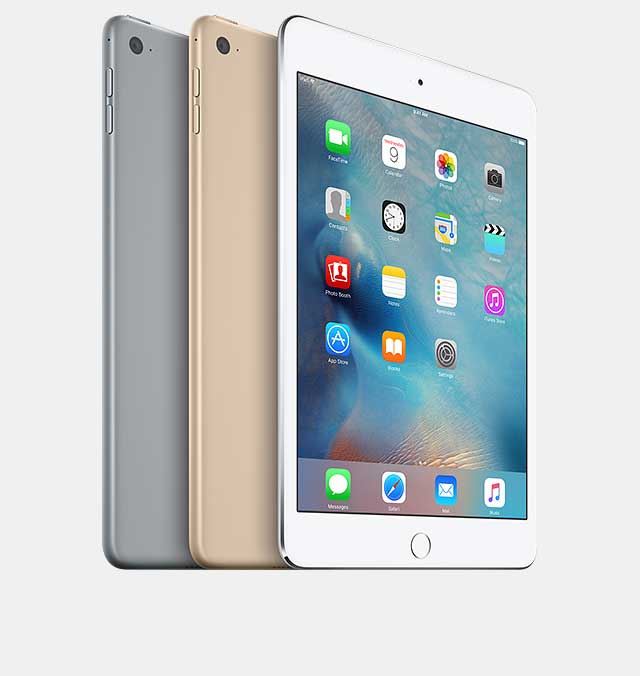 Here come the holidays! So, the self-described “data nerds” at Localytics decided to examine “which devices, new and old, fared best across the Thanksgiving, Black Friday, and Cyber Monday shopping frenzy.”

“Two phablets, two tablets, and one phone saw the most new device growth over the Black Friday weekend, as measured by the most new devices activated from Thursday Nov 26 through Monday Nov 30 versus a baseline average of the past four weekends,” noted Localytics.

Due to demand, as well as some spectacular retailer deals, the iPad Mini 4 had growth pegged at 89 percent, supporting the prediction that it would be the model with the most deals this year.

“Android devices also had a strong showing over the Black Friday weekend, capturing the number 2 and 3 spots, respectively, in the list of most activated devices,” the researchers tell us. “The Galaxy S6 was released in April and was the recipient of many deals, including a reduced price tag of $200 from Amazon. The Samsung Galaxy Tab 4 was also sold for a modest price of $119 at Best Buy and Office Max.”

As for the new iPad and iPhones, iPhone 6s showed the highest growth from the previous 4 weekends with an increase of 36 percent, followed by the iPhone 6s Plus at 29 percent.

“It is not surprising that the iPad Pro had the lowest growth during the holiday weekend, as the device was not discounted at all,” Localytics reports. “Apple does not partake in Black Friday or Cyber Monday, and the device is too new for retailers to discount. Despite this, Apple should be encouraged that their newest tablet attracted some buyers despite the myriad of available options.”

The good news is that iPhones and iPads did better this year than last. 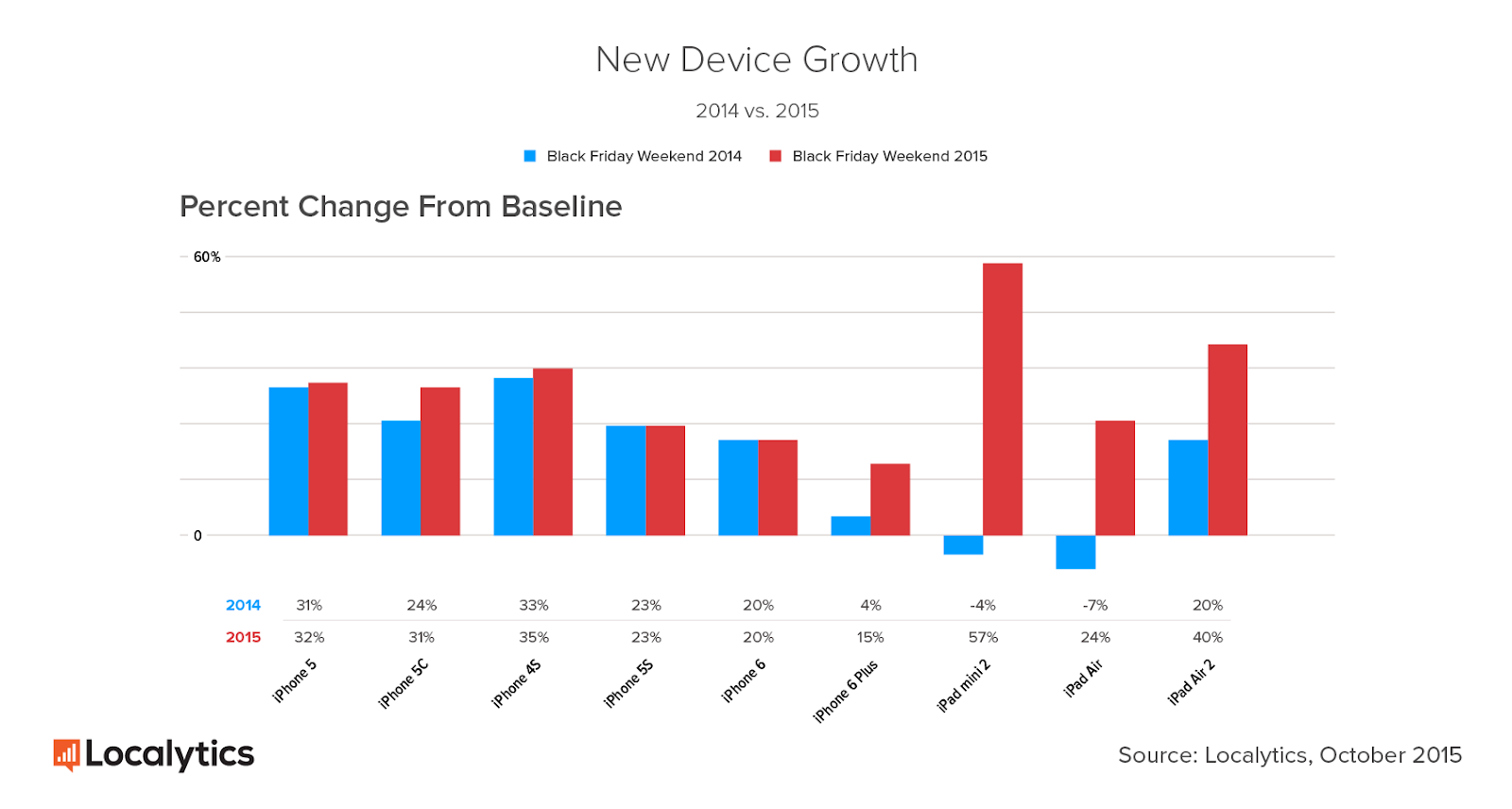 And what about apps?

“The holidays represent the most profitable and the riskiest time of the year for app makers,” explains Localytics. “As so many new devices are bought, it is vital for app marketers to stay ahead of the curve and make sure users bring their app to the new device.”

Localytics advice: app marketers can, and should, act now to take advantage of the opportunity and avoid the risk.